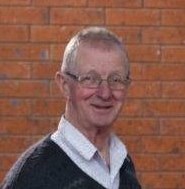 John was a long serving member and Committee member of the Gippsland Orchid Club.  He joined the club in 1982, two years after the club was formed and was made a Life Member in 2003.  He was also a member of the West Gippsland and Cymbidium Orchid Society of Victoria clubs.

John was a highly respected OSCOV judge and a very accomplished and successful grower of a wide range of orchids.  He received a number of awards, the first in 1994 for Masdevallia Pinchincha at a combined Gippsland Show, which was the first awarded Masdevallia for a Gippsland Club.  He went on to receive at least 13 Quality Awards after that, mainly for Masdevellias.  He also received 2 Awards of Quality, the most recent for Cattleya intermedia, which also earned him the OSCOV Quality Award of the Year for 2018.  I had the honour of receiving this award on John’s behalf as he was unable to attend the Awards night.  He was extremely pleased and proud to receive this award.

For a number of years and up until 2 years ago, together with John McMillan, he would erect a stand at the Cymbidium Orchid Society of Victoria club Show where they enjoyed great success.  John McMillan recalls he always looked forward to the shows as he and John would spend the weekend down Melbourne while the show was on and he enjoyed the friendship and companionship during this time.

John’s judging decisions were always well considered and never hurried.  He was a very generous person and many of us benefited by getting some great seedlings from him, some of which went on to gain awards.  He had a dry sense of humour and was known at times to play pranks, including spray painting a cymbidium blue and presenting it for judging.

John always made the effort to get plants into the show.  He believed it wasn’t about winning prizes, that was an additional benefit, it was the participating and putting on a show for the public.  His wife Ina, would always come along to the shows and in the early years when we had a section for a floral competition, she would judge this section.

Outside of growing orchids, he enjoyed hunting and fishing and he had a particularly productive vegetable garden.  John and our President Chris Pegg, shared the common interests of hunting and fishing, and there were often interesting discussions at our orchid shows where these two swapped stories, “tall tales and true”, of past exploits.

John always had a positive attitude to life and he maintained this even through his illness.