THE GENUS Phragmipedium by Alan Hope and Brian Milligan

Phragmipedium is a genus of slipper orchids that are native to Central and South America. Their nomenclature has suffered greatly from the attentions of botanists, hybridists and hobbyists over the years and they may variously be found described in the older literature as cypripediums, selenipediums and even phragmopedilums! Catherine Cash (1991) believes that there are only 14 species (and 9 varieties) in the genus but other authors claim that there are as many as 22 distinct species. They occur variously as terrestrials, lithophytes or epiphytes, usually where their roots receive copious moisture and in humid environments. In cultivation most require intermediate to warm conditions and good light (more than for paphiopedilums). They prefer a slightly acidic potting medium (pH 5-6) containing no calcium carbonate (lime). Phragmipediums differ from paphiopedilums in having more upright, bright green, grass-like leaves that lack the tessellated patterns common to some of the Asian slipper orchids.

Phragmipediums were very popular among British orchid growers in the late nineteenth century and 50 hybrids had been raised by the turn of the nineteenth century. However, their popularity languished for most of the twentieth century and only a few of these hybrids are seen today. Then in 1981 the discovery of the red-flowered Phragmipedium besseae led to a resurgence of interest in the genus as a whole and in the production of P. besseae hybrids in particular.

According to Cash, the genus Phragmipedium comprises five sections, namely:

Some of those species that appear from time to time on the show bench in Melbourne are:

Phragmipedium besseae, native to both Peru and Ecuador. Those plants from Peru are said to have rounder, fuller flowers with wider petals, while those from Ecuador are more star-shaped. Their flowers are orange red to red in colour. The plants from Peru are found growing either terrestrially in gritty soils or as lithophytes on granite cliffs at an altitude of 1100 m; they grow in semi-shade and the climate is subtropical.
Phragmipedium schlimii is found growing in Ecuador at an altitude of 1300 m. Its flowers, produced successively on the flowering stem, are usually pink, although those of the variety albiflorum are white. This species vaguely resembles Paphiopedilum delenatii from Vietnam.

Phragmipedium lindleyanum and its variety kaieteurum are native to Guyana and Venezuela. They are found on east-facing rocky cliffs, where constant breezes maintain good air circulation. The plants are exposed to mists in the mornings and evenings and temperatures range from 18-26˚C. The inflorescence, up to 1 m tall, can bear thirty flowers in succession. The flowers are mainly green, the petals bearing reddish veins and margins. Some authorities regard P. kaieteurum as a distinct species in its own right.

Phragmipedium caudatum is one of the most spectacular species, having leaves 60-90 cm long and a flowering stem that can reach 90 cm tall. The most striking feature of the flowers is their narrow, undulating, magenta petals. Measuring about 15 cm when the flowers first open, they rapidly elongate over the following week, reaching 75 cm unless they make contact with anything that impedes their growth. Unlike most species, their flowers, usually two to four, open within a few days of each other.

In contrast to most of the above, Phragmipedium pearcei is a miniature species, its plants reaching only to about 25 cm tall. Up to four flowers are produced in succession. Their dorsal sepal and pouch are green with darker green veins while the spiral petals are purplish towards their tips.

Phragmipedium lindenii is a peloric species with three petals and no pouch and is grown only as a curiosity. In other respects it is closely allied to P. wallisii.

Culture : While phragmipediums appreciate a moisture retentive mix and are generally more tolerant of wet conditions than are paphiopedilums, good drainage is still essential for successful culture. A wet, stagnant mix will quickly cause problems, even death of the plant. While much has been written about phragmipedium culture elsewhere, the following additional tips may be of value.

Hanging plants above the benches is one way to improve drainage as well as to provide additional light and air movement. Good light is necessary for successful flowering while good air movement enables the foliage to dry quickly. Unless you are particularly careful, new growths will invariably collect water and the growths, along with future flowers, will be lost if rot sets in. Rolled strips of paper toweling may be used to absorb this water but their use is labour-intensive and may not be feasible in large collections.

Phragmipediums tolerate a range of cultural approaches and are good subjects for either cool or intermediate conditions. Repot in spring using a well-draining mix and add polystyrene chunks to the bottom of the pot for added drainage. Phragmipediums like frequent watering and tolerate more fertiliser than paphiopedilums so those with a heavy hand may have found the ideal genus! 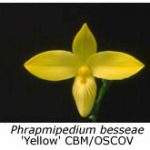 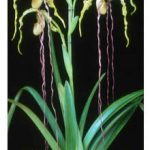 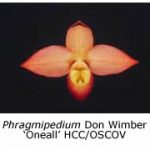