THE BUMBLEBEE: A SPECIES WE COULD DO WITHOUT by Rex Johnson

We acquired foxes, rabbits, blackbirds, sparrows and wasps from the ‘Mother Country’ long ago but now it seems that we will soon inherit another British species, the Bumble Bee, Bombus terrestris. Bumblebees are endemic to Europe but migrated to New Zealand many years ago. Four years ago they arrived in Tasmania.

The bumblebee is an attractive insect that is fascinating to watch as it flies from flower to flower, gathering nectar and pollen to take back to its nest. Unlike the honeybee, it does not live in large colonies in hives but gathers in small groups, sometimes as few as fifty bees, in a tuft of grass or a hole in the ground.

The simplest description of a bumblebee is a ball of black fluff with a yellow band around the body behind its head, and another just behind its wings. It has a furry, off-white rear end and a pair of wings that works overtime! In theory it shouldn’t be able to fly because its body, which is covered in long, furry hair, is not streamlined, and its wings seem to be much too small! However, it does fly, its wings working so hard that they make a loud, distinctive humming sound. While foraging for food bumblebees are quite aggressive, forcing their way into flowers in their search for nectar or pollen. Because of their bulbous size, they can easily dislodge pollen caps from cymbidium flowers, causing the lips to turn red much earlier than otherwise.

The bumblebee does not store honey like its cousin, the honeybee, and does not harvest from a single flower species, but visits many different species during a single trip. Gardeners who grow fruit and vegetable crops in glasshouses like bumble bees because they efficiently pollinate the flowers on their plants. Although the bumblebee is not normally aggressive, and appears cute enough to catch, it has an un-barbed sting that enables is to sting repeatedly, so leave it well alone. Since bumblebees arrived in Tasmania there has been a marked decline in the number of European wasps, an event that was predicted soon after they arrived. 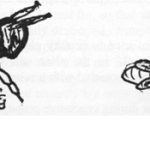 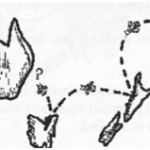