GEORGE SKINNER AND HIS ORCHIDS by Brian Milligan

During his thirty years as a plant collector based in Guatemala, George Ure Skinner (1804-1867) introduced almost a hundred new orchid species into cultivation in Britain. Among the best known were Lycaste skinneri, Cattleya skinneri, Osmoglossum pulchellum, Rossioglossum grande and Oncidium cavendishianum.

Before 1834 Skinner had never heard of orchids, although he must have seen parasitos, as the natives called them, during his travels through Guatemala. At that time he and a Charles Klee were traders in Guatemala City. Their main exports were natural dyestuffs (indigo and cochineal), while muskets, textiles and other manufactured goods were their main imports. But Skinner was willing to export anything, including native birds and insects, which he first sent to the Museum of Natural History in Manchester, England. After visiting this museum, James Bateman, a horticultural student at Oxford, wrote to Skinner asking him to send him any orchids that he came across during his travels. Fortunately Bateman included some sketches with his letter, which helped Skinner to identify orchids in the wild. Imagine Bateman’s delight when the first batch of plants arrived, because all were unknown in England at that time. They included Barkeria skinneri (which Bateman asked John Lindley to name after Skinner), Cattleya aurantiaca, Oncidium cavendishianum, Oncidium leucochilum and Odontoglossum bictoniense (now Rhyncostele bictoniense). Bateman later published The Orchidaceaea of Mexico and Guatemala (1837-1843), possibly the most valuable of all orchid books – only 125 copies, all with individually hand-coloured plates, were made.

Following the success of his first orchid shipment, Skinner continued to search for and export orchids to Britain for the next thirty years. He sent orchids to and corresponded with many others in Britain, including John Lindley, the Duke of Bedford and William Hooker, then director of Kew Gardens (Skinner’s 64 letters to Hooker have been preserved). On many occasions over the years Skinner accompanied his orchid shipments back to England. It was not a trip for the faint-hearted, as it first entailed travelling across the mountains of Guatemala by mule, a journey that took a week in fine weather but up to a month during the rainy season. Having reached Ysabal (Isabel) on the Atlantic coast, it was then necessary to catch a coastal sloop to Belize (then British Honduras) before boarding the next mail packet to Liverpool or Southampton, the overall journey taking the best part of two months. Yet Skinner completed the return journey between England and Guatemala City no less than 19 times, as recorded on his tombstone in Colon, Panama, where he died of yellow fever in 1867 (the inscription says that he crossed the Atlantic 39 times!).

Many of Skinner’s collections were made in Guatemala and neighbouring Mexico but he also travelled further afield, as far south as Peru on at least one occasion. Skinner’s trip to Peru almost ended in disaster. First he was shipwrecked in Costa Rica, losing most of his plants, and then he had to wait for several months in El Salvador because a revolution had broken out in Guatemala (seemingly a regular occurrence in those times). When eventually he was able to return to Guatemala, Klee’s large house (in which Skinner also lived) was besieged by an angry mob; Skinner and Klee were saved only by the intervention of the American consul, a Mr. Savage.

In 1854 Skinner wrote an account of one of his Guatemalan trips for John Lindley, editor of The Gardener’s Chronicle at that time. An excerpt provides some indication of the number and variety of orchids that he found in the mountains above El Oratorio: “We ascended some 1000 ft into a region of solely pine trees and about 200 ft higher came on splendid oaks all covered with Orchids. Climate about 68˚F. As we proceeded we came upon an extensive tableland all in pasture to the village of Sacualpa, a celebrated place for robbers ……. After leaving Sacualpa we came into pretty undulating ravines in one of which on a riverside I found immense quantities of Orchids – Brassavola glauca and B. venusta, Brassia verrucosa, Cyrtochilum maculosum, Lycaste cruenta, Oncidium leucochilum etc. – as many of these plants in three miles as would load a ship”.

Many of the thousands of orchids that Skinner brought with him on his return trips to England were sold in Henry Stevens’ auction rooms in London, especially during the 1840s and 1850s, when Skinner spent much more time in England (he married in 1845). He drew up orchid catalogues for Stevens and served as the in-house orchid expert, even bidding on behalf of friends and other clients at some sales. During these periods his business partner, Charles Klee, with the assistance of Indian collectors, continued to ship orchids to him on a regular basis.

In addition to collecting orchids, Skinner also ‘collected’ (shot) birds and sent their skins to various naturalists, including the famous bird painter, John Gould. One of the 418 paintings in Gould’s book on the hummingbirds of Central America features ‘Abeille’s Flutterer’, together with a flowering plant of Lycaste skinneri, and acknowledges Skinner’s assistance. In all 74 of Gould’s hummingbird paintings also featured orchids.

2. A series of articles entitled Skinner and Bateman by R. M. Hamilton, begun in the American Orchid Society Bulletin (1990, 59, 1235-1247) and continued in parts throughout the following months. 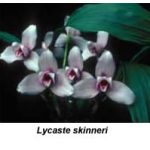 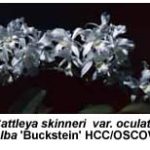 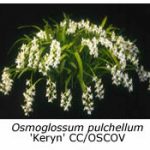 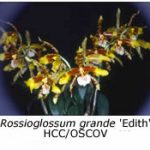 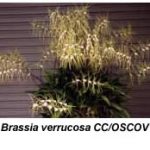