Few orchid growers today realise how much we owe the sixth Duke of Devonshire and his head gardener, Joseph Paxton, for the contributions they made to the development of our hobby. Although Chatsworth House had been the ancestral country estate of the Earls and Dukes of Devonshire ever since Sir William Cavendish first bought the land in Derbyshire, England in 1549, orchids didn’t feature at Chatsworth until the sixth Duke of Devonshire, often referred to as the Bachelor Duke, succeeded to the title in 1811, at the early age of 21. The grounds and gardens at Chatsworth were well established but unexceptional at that stage. Fifteen years later, however, the Duke and his newly appointed head gardener, Joseph Paxton, began upgrading Chatsworth until by 1845 it had become the most famous private garden in the world, containing the largest glasshouse ever built and the world’s largest private orchid collection. It’s said that no private grower has ever accumulated a larger orchid collection, certainly not one comprising only species and natural hybrids, which were all that was available in those times.

A fascinating new book, entitled The Garden at Chatsworth and written by the current Duchess of Devonshire, describes the development of Chatsworth House over the centuries. Of special interest are chapters on the developments made by Joseph Paxton, especially the construction of the glasshouses in which the orchids and giant Amazon water lilies were housed. Paxton designed and built no fewer than 22 glasshouses in his first six years at Chatsworth, experimenting with different designs and materials. Four were for pineapples and others for grape vines, cucumbers and peaches (one peach tree had a span of 70-feet, giving some idea of the size of some of these glasshouses); three were also used to grow orchids. All were heated by boilers fired with coal from nearby mines owned by the Duke.

Then in 1836, at the Duke’s instructions, Paxton began construction of the Great Conservatory, which when completed four years later measured 277 ft long, 123 ft wide and 61 ft high! By my count, based on close examination of an old photograph, it was glazed with approximately 25,000 sheets of glass, each measuring 4 feet long but only 6 inches wide. Sash bars totalling 40 miles in length were used to join the panes of glass! The conservatory was heated by eight underground boilers, which fed hot water through a seven-mile maze of cast-iron pipes! Coal for the boilers arrived by an underground railway and the smoke from the boilers was piped underground to a chimney 265 yards away, located outside the garden wall so that no smoke would disturb the Duke or his plants. The boilers used 300 tons of coal each winter and ten workers were required just to maintain the conservatory! The total cost of construction was £33,099, a fortune in those days. The sixth Duke was one of the richest men in Britain, although I doubt whether, when he succeeded to the title, the seventh Duke was as rich!

Of course, the cost did not end when the conservatory was completed – it still had to be planted, and not just with seedlings but with mature trees. There are accounts of 40 ft-tall trees being transported by specially constructed wagons across the country. Some were so large that tollgates on the turnpikes had to be dismantled to allow the wagons to pass! Queen Victoria and Prince Albert came to visit in 1843. They drove through the conservatory, from one end to the other, in a horse-drawn carriage! Illumination was provided by no less than 14,000 blue, red and green electric lamps.

A few years later, Joseph Paxton became the first grower to flower the giant Amazon water lily, Victoria amazonica. With leaves five feet in diameter and able to support the weight of a child, this water lily required a substantial pool, which Paxton duly built. The pool was 33 ft in diameter and housed in a special heated glasshouse measuring 61 ft x 49 ft, which Paxton also designed. Subsequently he used a modification of this design to construct the Crystal Palace, covering 18 acres of Hyde Park in London, which housed the British Exposition of 1851, first of the international expos.

Other Paxton projects were the construction of an enormous rock garden and a giant fountain. Built in 1844, the fountain shot water to the then-record height of 264 ft – still the highest jet of any fountain fed by gravity alone (from a lake on the moor above the house and gardens). Unfortunately the Great Conservatory and the Amazon waterlily house were demolished about 80 years ago. No coal was available to heat them during World War I (1914-18) and most of the tropical plants died. After seventy years, the safety of the Great Conservatory was also in some doubt and so the ninth Duke, at that time living in Ontario as Governor General of Canada, authorised its demolition.

Fortunately, much of the garden at Chatsworth remains and has been improved upon over the years by subsequent dukes. A miracle, really, when one considers the punitive British taxation system. When the current (eleventh) Duke succeeded to the title in 1950, death duties equivalent to 80% of the total value of all that the tenth Duke possessed were levied on his properties! It took the eleventh Duke and his wife (author of this book) seventeen years to pay off the debt. Today Chatsworth has been donated to a Trust, with an agreement that the current Duke and his descendants can live there (and help to manage the garden that they obviously love so much) for the next 99 years. The garden and parts of the estate are open to the public, although (unlike the days of the sixth Duke) there is now an admission charge 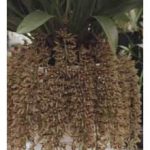